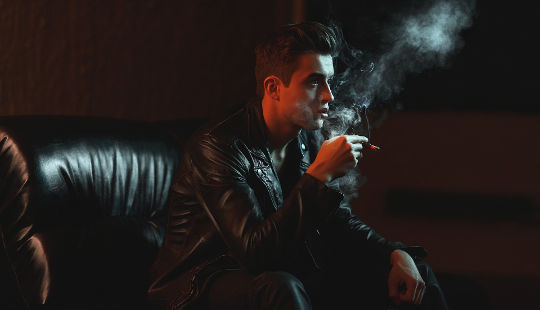 Here in the digital age, it seems that almost any irrational belief can dominate life. Liberals cancel those not woke, not masked, and not politically correct, while conservatives are convinced of the big lie, anti-vaccination, and climate denial. The Knowledge Age of the past two decades was supposed to bring greater understanding and even enlightenment. So why are people so emotional, misinformed, and unreasonable?

The Rule of Unreason

This rule of unreason pervades life, and it’s rampant in politics. The US government, for instance, has been locked in stalemate for decades, though Congress has more knowledge than it can handle. Emotional issues like abortion, gun control, and immigration are supported by strong majorities and have been studied to death. Still, gridlock persists because of conflicting values, reluctance to compromise, and hunger for power — issues that lie beyond knowledge. They hinge on stark differences in consciousness.

This dilemma poses one of the great ironies of our time. The digital revolution has created a wealth of knowledge that’s almost infinite, and the smartphone alone has made the world’s store of information available at the touch of a finger. There’s no shortage of knowledge, but the power of facts is badly limited. Knowledge can’t tell us what’s worth doing, or what’s right morally and what’s wrong. Rational logic can never replace love, wisdom, or a guiding vision.

My studies of social evolution show that this rise in consciousness is part of a far broader Life Cycle of Evolution (LCE). Above the rise and decline of empires, wars, and other random events, evolution traces a precise historic direction. It took 9,000 سنوات to evolve from the Agrarian Era to an industrial society in about XNUMX. It then took 100 سنوات to enter the Post-Industrial Service Era in XNUMX. In XNUMX, five decades later, we entered the Knowledge Age. The pace of the LCE and today’s wave of post-factual thought show that we’ve entered the Age of Consciousness a short عقدين later in about XNUMX.

The Age of Consciousness

Consciousness appears to be the culminating phase in social evolution and in the Age of Consciousness it poses enormous threats that seem almost impossible. Climate change, pandemics, gross inequality and other end-of-the-world challenges comprise a “crisis of global maturity.” The Covid pandemic made it clear that the present world system isn’t sustainable.

“…more than at any time in our history, our species needs to work together. We face awesome environmental challenges: climate change, food production, overpopulation, the decimation of other species, epidemic disease, acidification of the oceans. Together, they are a reminder that we are at the most dangerous moment in the development of humanity.”

The global crisis is an infinitely larger version of the same crisis of maturity that transforms teenagers into adults. At some point, the stress becomes so severe that most teens eventually find the courage to grow up and become responsible adults.

In a roughly similar way, today’s global crisis is humanity’s challenge to become a mature civilization. The world is being forced to grow up, meet this historic challenge, and develop a sustainable civilization — or face disaster.

Now the world seems to be in the throes of a mental/spiritual revolution to kick-start global consciousness. We appear to be heading toward some type of historic shift in thought, a collective epiphany, new mindset, or global ethic.

دراسات اخرى forecast that a global consciousness is likely to emerge among the leading edge in about XNUMX (+/- XNUMX years). Transforming the global mindset seems formidable, but examples are seen all around us. When William Shatner flew into near-earth orbit and saw the Earth as a living system aglow with life, he was flooded with profound emotion. The iconic Captain Kirk experienced global consciousness.

A mature global order will still bear the normal human failings, but it will make our current strife look as primitive as the brutal reign of kings in the feudal ages. This may sound too good to be true, yet these trends suggest that we’re likely to see a rising global consciousness soon, and the human spirit will triumph once again.

Beyond Knowledge: How Technology Is Driving an Age of Consciousness
by William E. Halal.

The Knowledge Age of the past two decades is passing today as the digital revolution and artificial intelligence replace knowledge work. Halal’s study of social evolution explains how this marks the passage to a new frontier beyond knowledge that is poorly understood – an “Age of Consciousness” is here. But more pandemics, climate change, gross inequality, gridlock and other threats form a “Crisis of Maturity” that is blocking this historic transformation.

This book provides a wealth of evidence and leading examples of an emerging “global consciousness” now driving the world to grow up, resolve this global crisis and develop a sustainable world order – or perish. With foresight and hard work, we could see the triumph of human spirit, once again.

William E. Halal, PhD, is Professor Emeritus at George Washington University. Professor Halal has published seven books and his articles have been published in the New York Times, Washington Post, Fortune, and other major media. He consults to corporations and governments and is a frequent keynote speaker. He was cited by the Encyclopedia of the Future as one of the top XNUMX futurists in the world. He also served as a major in the US Air Force, an aerospace engineer on the Apollo Program, and a business manager in Silicon Valley.